Achieving a lot with common sense

Achieving a lot with common sense
We visit Tom Willems and talk to him about his new Doosan DX170W-5 wheeled excavator. Tom Willems is a self-turner who spends 60% of his time in Germany. The other 40% he completely constructs sports fields. In the meantime, he has been working for himself for 12 years now. ''I used to start with a mini digger, but I soon found out that it was difficult for me to earn my money with it. So I decided to sell my mini digger again. Then I went back to my old boss, whom I started working for again. Here I started building sports fields. It started to itch again to have my own company, so I bought my first mobile excavator from Staad. This was a really good move.”

Connections
''Through my old boss I came into contact with the person for whom I still lay sports fields. I do that all by myself from A to Z. From concrete slabs to levelling. The only thing I don't do is put the grass on it. I love to do this alone, so sometimes I have to get out of my excavator to grab some things or do something by hand. I like this very much and would therefore not quickly choose to hire people.” His ambition is therefore not to grow as a company, but to be able to continue doing his thing alone.

Choise
Why choose a DX170W-5 wheeled excavator? ''That is really for my work in Germany, they like to have a slightly heavier excavator. The undercarriage is super stable and it's just that little bit stronger than a DX140W-5 wheeled excavator. It is also really cool because I get a lot of positive reactions that it is such a beautiful machine to see. People really like the big tires in combination with my fenders and company decals on the machine. It is also smart to do company stickers instead of spraying company colors because that way you don't lose any value on your machine when you trade in. I also had other tires on my old excavator, but they always broke, Staad recommended the Nokian Ground Kare and I'm really happy with that. These are the ideal tires for my type of work. They are slightly more expensive than other tires but they are really worth it. They drive much quieter on the road and you leave much less traces behind."

New Generation
After five years of faithful service with his previous wheeled excavator, he traded it in for a new Doosan. Tom knew quickly whether it was going to be a Doosan again. ''With my previous wheeled excavator I could really do everything and had very little maintenance costs. Plus the super service from Staad, the choice for my next machine was made quickly, the guys always come when it suits me and that is nice for me as a self-turner. This way I never have to stop my machine. That had to be a Doosan anyway. No representative of another brand has visited. I've played on many other brands, but on the Doosan you can get on and run great straight away. This is really important to me that the combination between fine turning and costs rhyme with each other. Every euro that the machine costs more directly affects me, because I have to earn it again.

Control
On Tom's new machine, he thought a few points were important that they should be on it anyway. ''To start with, the joystick controls, but also an engcon tiltrotator . Before this I had another brand but I was not satisfied with that. With the engcon tiltrotator , the joysticks are also really great, you can set everything with the app. Doosan Connect is also nice, so I can always see where my machine is when it is transported to Germany, for example, so I can keep a close eye on it. But also the hours and whether the fuel tank is still full. The fuel tank is especially important because it has already been emptied once." 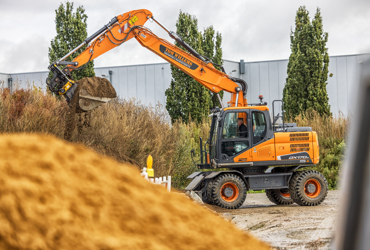 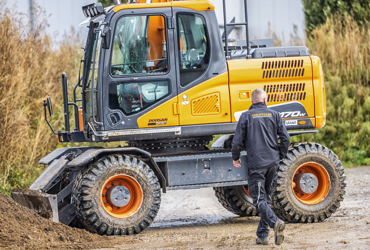 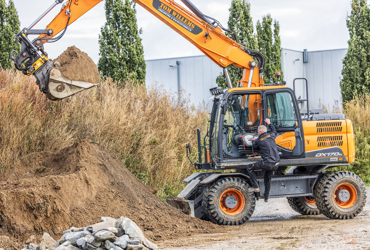 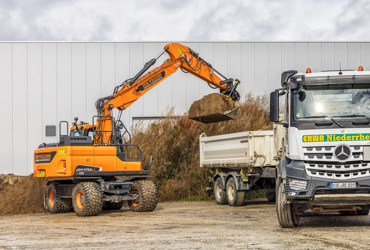 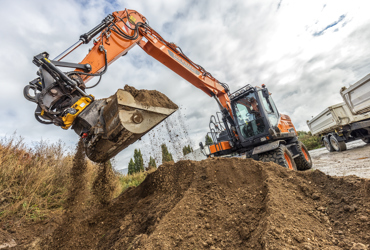 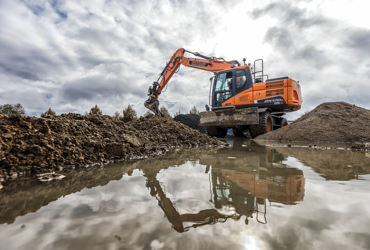 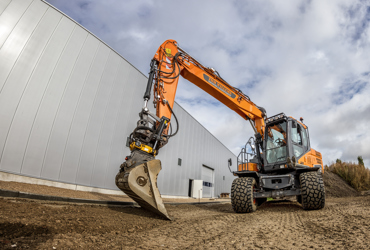 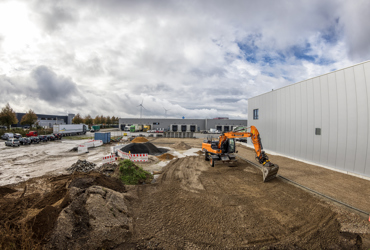 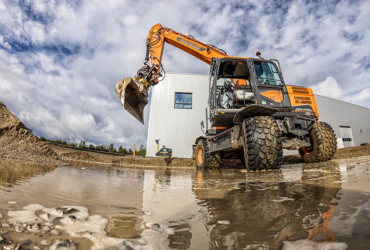 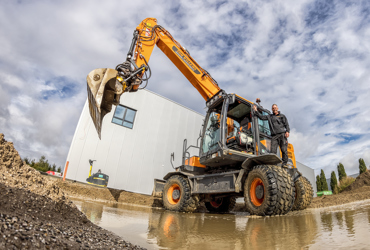 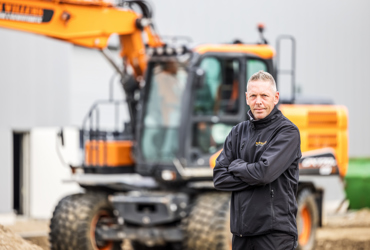 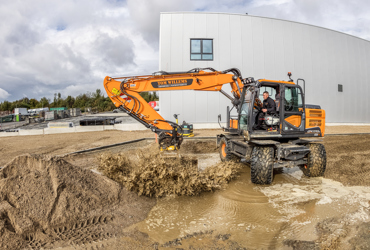 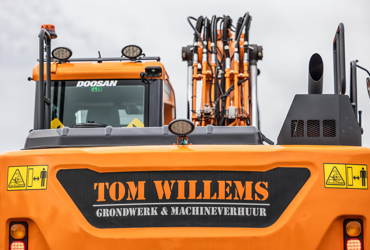