Back to the past with Arie Laarakkers

We visit Arie Laarakkers in Sambeek who started his company in 1975 to focus more on infrastructural works. Arie's father used to start a contracting business, which still exists today, but because Arie chose the side of infrastructure work, he started his own company. His sister has also been working in the company all these years and is involved in the entire financial flow. Son Johan has recently taken over the company, but that does not mean that we do not see Arie in the company every day. After all, he remains the founder. Some time ago, Arie purchased a new Doosan DX170W-5 wheeled excavator for his operator Patrick. We talk to Arie about his company and Patrick about how he likes his machine.

Origin
Arie's company has been contributing to the responsible and sustainable design of public and private spaces for 45 years. Their core activities are therefore the construction, reconstruction and maintenance of roads, residential areas and industrial sites. With the associated civil engineering works such as sewerage and drainage works. Not only does Arie keep busy with the infrastructural works, but also all innovations and developments that he makes and devises himself. He is still working hard to make improvements to his equipment. He is also a real trader, he used to like going to auctions to buy equipment there, that's how he ended up with his first Doosan (then Daewoo).

daewoo
After buying his first Doosan (Daewoo), he came into contact with Pieter Staadegaard a short time later. At the time, Pieter was still working as a sales representative with his brothers and cousins at the Staadegaard family business. ''Pieter sold me when the next Doosan I believe was an 8 tonne truck, we always only had mobile excavators back then. Staad did not exist at all then, so we were already customers before they started their own business. Later we bought a few more machines there and are still very happy with Staad. A while back we had a hard time turning our Doosan DX210W-5 wheeled excavator. The operator kept tightening himself. Staad joined us and advised us to purchase different tires for the work we do with them. Then we put the Nokian Ground Kare on it, which are now also on the new DX170W-5 . That was really the perfect solution, now we really enjoy the machine again, so the solution can sometimes be found in a small corner, but it's nice to have a dealer who thinks along and always comes up with a solution, says Arie."

operator
We also talk to Patrick about his new Doosan DX170W-5 wheeled excavator. ''How do you like my machine? Yes really great! Almost everything I wanted is there. For me an automatic backhoe brake was really important, but also an extra hook on the tiltrotator. I switched a lot with Theo so that everything was built exactly as I had it in my head. They really did a great job at Staad, I can't say anything about that. If I could have said it all myself, I would also have done GPS preparation, but that may come at a later moment'', says Patrick. The machine is completely built with, among other things, a Wiejelo grease lubrication system, Patrick's name on the cabin, engcon and Nokian Ground Kare. 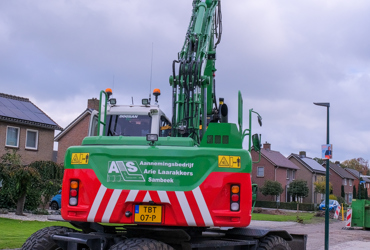 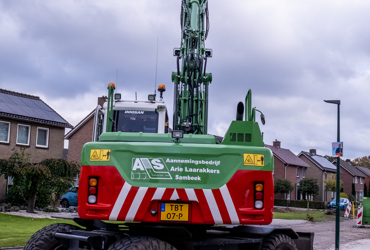 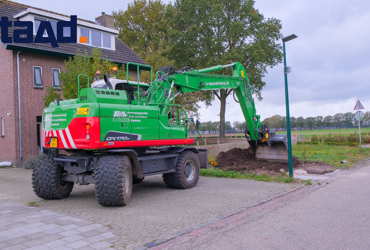 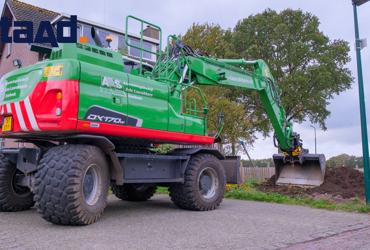 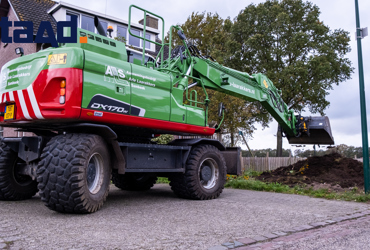 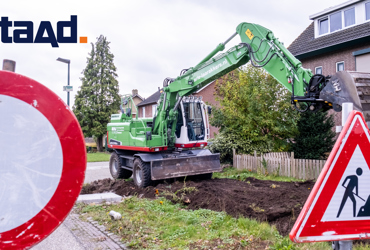 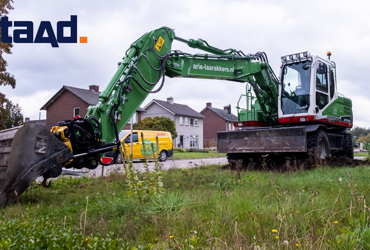 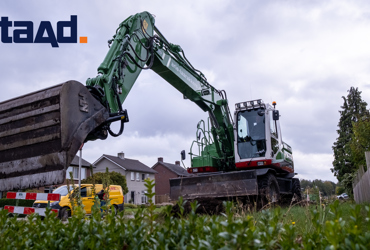 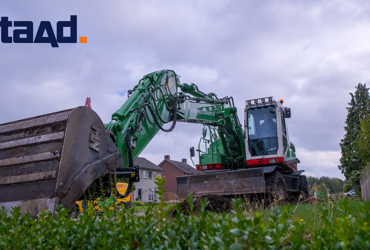 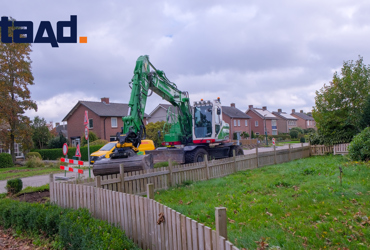 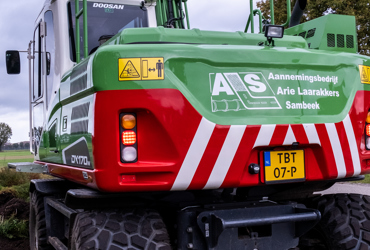 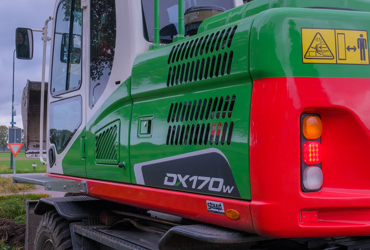 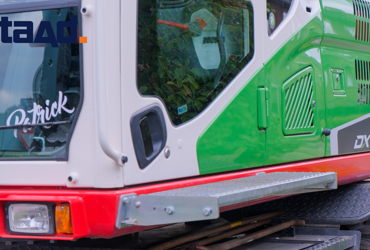