Behind the construction fences in Helmond at Gebr. Swinkels B.V.

Behind the construction fences in Helmond we spoke to Willy and Hans Swinkels from Gebr. Swinkels BV A family business in heart and soul and the new generation is already fully involved in the company.

Gebr. Swinkels specializes in groundwork, paving, road construction, sewerage and cultural engineering work. The original agricultural contractor was founded about 45 years ago by Willy's father and uncle. It is quite special how many family members have all found their place within the company. Not only Willy and Hans, brothers Adrie and Frits and sister Mariëlle also contribute. Even the new generation of Swinkels is involved: Mariëlle's son Rick is running on the Doosan DX170W-5 and Willy's son Roel on the Doosan DX140W-3 . In total, Gebr. Swinkels employs 23 employees, with a flexible shell of 5 to 15 people .

From father to sons
In 2006 Gebr. Swinkels moved to a new location in Helmond at the request of the municipality. “We didn't really have time to move because we were so busy with work. We had 25,000 m 2 of surface to harden at the new location, which took two years'', Willy says. ''Our father moved with us, but in the meantime the road construction was going very fast. Then he handed over the company to us. Our other brother has his own agricultural mechanization company. Our parents passed away in 2007 and 2009. Fortunately, they have seen it here.”

Region
Willy: ''We mainly work within fifteen kilometers around the company. Our customers are mainly municipalities and large contractors. The staff really appreciate that they don't have to drive that far, which has been different in the past. We have worked a lot in construction, but that became less in 2008. We saw this coming and then we decided to do more in infrastructure. For the municipality of Helmond, for example, we carry out sewer work, construct driveways in new residential areas and solve 24-hour calamities. When, for example, we receive a report of a pole that has been knocked over, it is the main thing at night to secure that situation and the next day we make it beautiful again."

''In Helmond we are also going to do the groundwork for a new secondary school, including the construction of a bicycle shed, paving and the roads to it. Renovation work in the middle of Mierlo is also planned. We reconstruct an entire street there: old pavement removed, new sewerage in the ground and new pavement on top. That's a good six months of work."

Long history
Gebr. Swinkels came to Doosan a long time ago through their dealer Staad. That was when the Van Staad brothers were still part of Staadegaard, Staadegaard is a company specialized in agricultural vehicles. “Our father had a good relationship with Staadegaard. A dealer who stands behind his brand is very important to us,'' says Hans. ''The brand that we first bought from Staadegaard has stopped. Then we suddenly needed another wheeled excavator,” Willy adds. So Gebr. Swinkels two Doosan DX160W excavators at Staad. 'That's where it really started. It is exciting to buy a new brand, but we have never regretted it.'' Later the gentlemen also added a Doosan DX140W-3 , DX170W-5 and DX190W to their fleet. “We actually have more machines than people now, so we're flexible enough,” says Wily.

Multi-deployable
The team of Gebr. Swinkels can be described in one word: flexibility. Willy: ''We are all versatile. For example, our driver is sometimes in the truck and other employees can do some minor repairs.” Hans explains: “First we refurbished our machines ourselves. Nowadays we can no longer do that, just like you can't just tinker with a luxury car. We can't compete with the technicians they have at Staad."

Team spirit
The company has no ambition to grow. “We are a very flat organization and we want to keep it that way. We do want to guarantee continuity and quality,'' says Hans. Willy: ''With us, the lines are short. We are accessible to the customer and that is what they choose. We have a great team feeling. The most important thing is that we have a return and that we can properly reward the staff.”

Do you want to read more great articles? Then take a look at our Groundwork page and download the latest version of our magazine there! 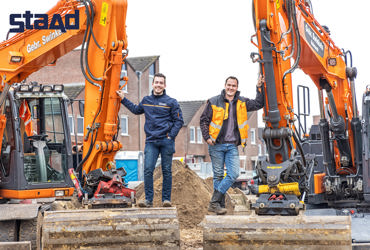 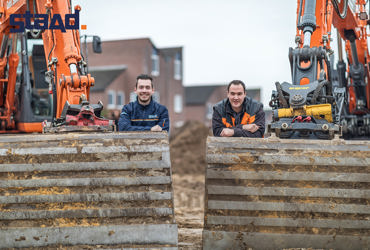 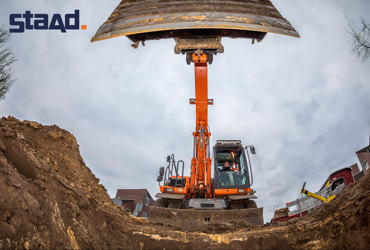 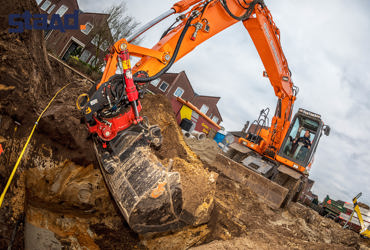 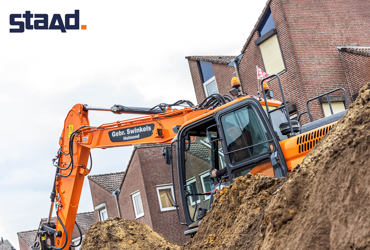 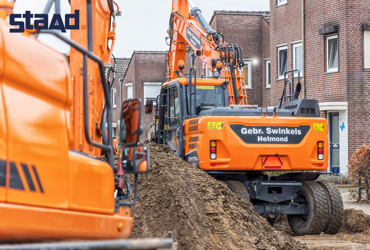 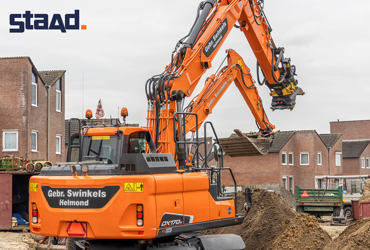 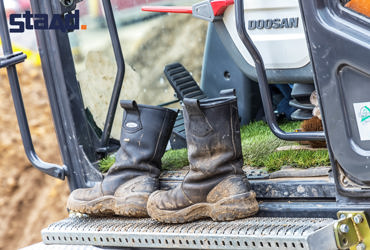 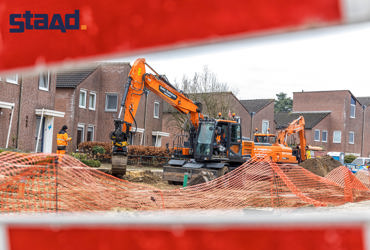