Construction sector satisfied with the agreement of the nitrogen law

The trade association Koninklijke Bouwend Nederland (KNB) is satisfied with the government's agreement with opposition parties on the nitrogen law. According to the organization, this law contributes to the restoration of nature and provides space for part of the construction activities.

However, Bouwend Nederland believes that the government must continue to make efforts to achieve new economic developments in a short period of time. There are also still uncertainties in the construction sector. The extra 'nitrogen space' in the short term is desperately needed for large-scale housing projects that would otherwise come to a standstill and for the infrastructure.

The chairman of Koninklijke Bouwend Nederland (Maxime Verhagen) says; “It is important that this law is passed and comes into force quickly. The law provides space for part of the construction activities and contributes to the much-needed restoration of nature. The cabinet must continue to work on extra nitrogen space in the short term for new economic developments, partly due to Corona, and in particular for housing and infrastructure in the Netherlands. This work is necessary to get the economy going again and maintain employment levels.

Agreement of the nitrogen law
The cabinet recently reached an agreement with opposition parties SP, 50PLUS and SGP about the nitrogen law that has been discussed in the House of Representatives. With this deal, agriculture minister Carola Schouten has secured broad support for her law in the Senate, especially through the participation of the SP. The parties will be promised, among other things, that by 2035 almost three quarters of the sensitive nature will no longer be damaged by nitrogen precipitation in exchange for support. To do this, nitrogen emissions must be halved.

Schouten previously announced that the cabinet is allocating 2 billion euros to reduce nitrogen emissions from agriculture, industry and shipping, for example, and 3 billion euros to strengthen special nature reserves. Now the cabinet is proposing a series of measures to get the construction of homes and infrastructure going again. In addition, half a billion has also been set aside for subsidies for electric construction machines and vehicles. Also, 20 million euros extra will be made available for care community centers, as part of an extra boost for housing. 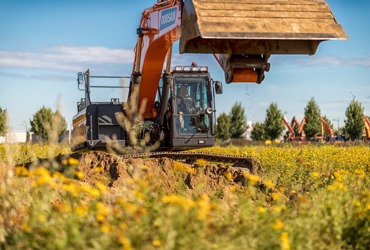