New drone systems from Doosan Mobility Innovation (DMI) win awards in two categories from the CES 2020 Innovation Awards during the CES 2020 Exhibition. This largest electronics trade show in the world was held from January 7 to 10 in Las Vegas (USA).

Doosan's Long Endurance Fuel Cell Drone (a long range fuel cell drone consisting of a DS30 and a DP30) has won a Best of Innovation award in the Drones & Unmanned Systems category. The DP30 Mobile Fuel Cell Powerpack (powerpack with fuel cell for mobile applications) has also received an honorable mention in the category Sustainability, Eco-Design & Smart Energy (sustainability, eco-design and smart energy). The hydrogen fuel cell drone significantly increases the usability of drones with a long flight time of more than 2 hours, compared to a duration of only 20 to 30 minutes for battery-powered drones.

Doosan Infracore Europe will exhibit DMI's new fuel cell drones at the Samoter International trade show in Milan (Italy) in March 2020. They do this within the category for Smart Solutions, with the theme 'driven by innovation'. The drones can be used in construction to monitor machine performance, but also to work more efficiently in general.

With a flight time of up to two hours with one full battery, these new fuel cell drones can cover even larger areas in one flight than when using multiple batteries and starting points. The use of the drones also benefits employee safety and can prevent accidents by providing an aerial view of the terrain and eliminating the need for people in the field to climb on buildings and the like. 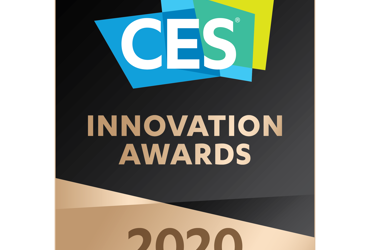 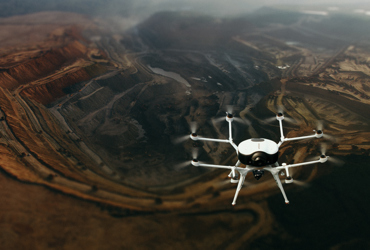 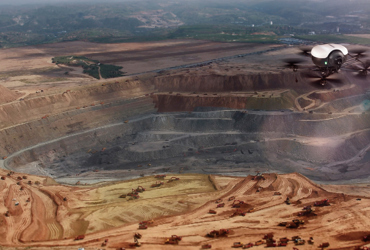 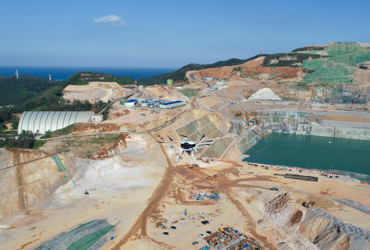