The first large Doosan articulated dumper in Europe? You can find it at Van den Borne from Reusel. Ton and Richard van den Borne bought the Doosan DA45 after the company had tested a demo from dealer Staad for a few days. “When sales specialist Johan asked if we wanted to buy the demo, I was a bit hesitant at first. Until all our drivers had driven the Doosan DA45 and that thing worked really well: we were done.”

van den Borne is a family business. Ton and his brother Richard took over their father's company. Ton: “Our dad started out as a contractor, he was part of that job together with three brothers. In 1953, just after the flood disaster, they drove to Zeeland with tractors and tipping carts, to help build things up there. They were away from home with all staff for a long time. That's where our ground work started, a special story.”

silver sand
After the trip to Zeeland, father Van den Borne mainly worked in the region with his company. Van den Borne has now been working for the company Sibelco for about thirty years. Ton: “ Sibelco specializes in silver sand mining. It is a company that employs about 8,500 people, as far as Australia. We mainly work in Heerlen, Maasmechelen and Lommel. A lot of silver sand is extracted there.”

What does van den Borne contribute to this silver sand extraction? “We remove the covering soil, exposing the silver sand. We work according to the same principle as we used to do in the Limburg region, at the time with gravel. In Belgium, the silver sand is often under water, which makes it complicated. We transport the sand from the quarry to the factory via conveyor belts. There the silver sand is made fine. You will still be amazed at what silver sand is used in. From car windows and glass sand to toothpaste. Yes really!"

rotate
In contrast to the Doosan DX490LC-5 SLR, which is mainly located in Heerlen, van den Borne rotates its articulated dumpers and other excavators between the quarry in Maasmechelen and Lommel. Ton explains: “Every Sibelco factory must have a certain stock of sand. When the stock is almost exhausted, we have to make sure that enough sand is extracted again. That is why it is useful that we are flexible and have several machines at our disposal. In such a case, we stop in one place and get to work at the quarry that needs it to replenish the stock.”

Cherish collaboration
“We are responsible for the stock level ourselves and are happy to handle this work ourselves, instead of outsourcing work. Then we are assured of our quality and that we respond at the right times. I think it is very special that our collaboration with Sibelco has lasted so long. We cherish that very much. We still enjoy doing it.”

“Just as our collaboration with Sibelco has been going on for a long time, we also have employees who have been with us for a long time,” Ton continues. “We have colleagues with employment contracts between the ages of 15 and 42. I once suggested, do you want to do something different internally? But everyone wants to keep doing what they're doing and they're in the right place. I think that's something. We now have two on-call workers and eight permanent employees, all on a fixed machine and in fixed shifts on the same quarry. That way everyone knows exactly what's going on. That works very well.”

“My brother Richard is always busy at work. I think I'm about sixty to seventy percent on the machine. Then you really know what is going on and what is going on at work. Even if the client comes by, it is handy and we can immediately short-circuit matters.”

Watch
The Doosan DA45 with which van den Borne supplies raw power, was delivered as it was built as a demo. Ton: “We haven't changed much about that. For example, it has a baking heating function, which we do not really need immediately in a silver sand quarry. The standard tailgate is very handy.” Van den Borne's machinery is quite young. “We try to keep it up to date. We do as much maintenance as possible ourselves. Except in the beginning, then we have a 1000-hour turn performed by Staad , our dealer, and we pay close attention. This way we get to know all the machines well.”

Production process shut down
“A machine performs optimally for me through as little downtime as possible. And that if we stand still, this will be solved as soon as possible. Our four articulated dumpers are linked to two excavators and are therefore part of a process. If one of them falls out, a quarter of our production will also be lost. Standstill can always happen once, but preferably as short as possible. And it should not repeat itself. But actually, a machine that performs optimally also depends on trust in your supplier and the product. It is a combination of the choice you make. ”

Are you curious about this edition of the Groundwork ? View it here or download your own version. Would you like to receive the Groundwork in your mailbox every quarter? No problem! Leave your details in our form and we will send you a Groundwork every quarter from the next edition. Enjoy reading! 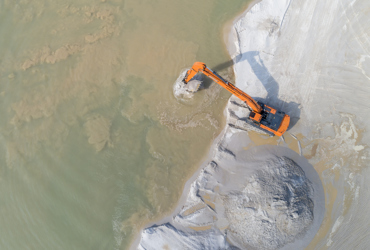 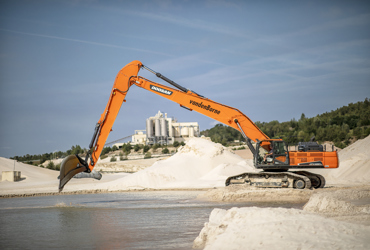 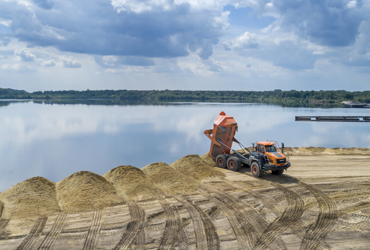 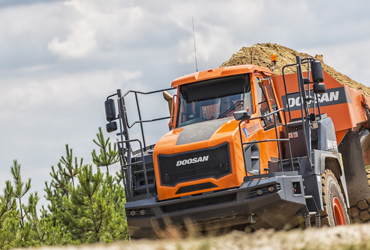