Self-employed Bart Nijhuis was the first lucky one with a Doosan DX300LC-7 crawler excavator from Staad. After delving into multiple brands, he had the best feeling with Doosan. “The most important point was Staad's service, I've heard so many good stories about it. That is the most important thing in our business.” The machine has been fully adapted to his wishes, including a 12 meter boom and OilQuick automatic quick-change system from Demarec. ''Standard machines are already there,'' he thinks. Bart can be found in the Netherlands half of the time, the other half he plays in Germany.

Crane rental B. Nijhuis
With his Doosan DX300LC-7 crawler excavator, Bart handles demolition, ground, road and hydraulic engineering work. In 2013, after gaining eighteen years of experience in the trade, he founded Kraanverhuur B. Nijhuis. He has now been in the business for 22 years. His home base is Overasselt, in Gelderland. Why did he start his own business? “I have always said: what someone else can do, I can do too. If you have a good feeling about something and you stand behind it, then in the long run you just have to take the gamble."

Not a standard machine
Last year Bart bought the first Doosan DX300LC-7 from dealer Staad. ''Service is really a thing for me, I have to be sure that, wherever I am, service is always guaranteed. Staad does that like no other. Standard machines are already there, so I explained what I wanted with my new machine. Because the machine had to be suitable for demolition, civil engineering and hydraulic engineering, we opted for a 12 meter boom with a stretched mono. This was drawn up by Gijs and Matt Nielen from Boxmeer. I had to get used to those extra meters, but I'm a lot more flexible now." In addition, the machine is equipped with an overpressure system in the cabin, a Groeneveld BEKA greasing system, an extra lifting eye on the 12-tonne handle and Trimble GPS, which you can also go into the water.

OilQuick quick change system from Demarec
Partly because of the good reviews in Germany, Bart deliberately opted for the OilQuick quick-change system. ''I met many operators there with this system and saw the advantage in being able to exchange quickly, without having to get out to manually connect the hoses.'' His supplier is the Dutch importer Demarec, who specializes in attachments for demolition, recycling and GWW.

Time and energy savings
For Bart, working with OilQuick is a relief. ''I often have to demolish at the same location, but I also have to do the groundwork there. This means that I need quite a few attachments on such a project, such as a wide cleaning bucket, a backhoe, a debris fork with teeth, a tilting bucket, pallet forks and a demolition sorting grab. Previously, changing between these attachments took a lot of time, especially with hydraulic tools where the hydraulic hoses have to be connected and disconnected. Now it only takes a few seconds to change.” OilQuick saves Bart a lot of time and energy.

The OilQuick system lasts more than a machine life: ''Demarec explained to me that for a number of customers from the very beginning, whose machines already had to be replaced, they have transferred the OilQuick system to their new machine. Revitalize and then just continue running, I think that's also a strong point. It gives confidence.”

Do you want to read more great articles? Then take a look at our Groundwork page and download the latest version of our magazine there! 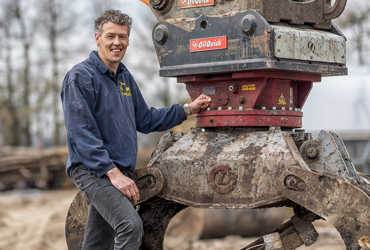 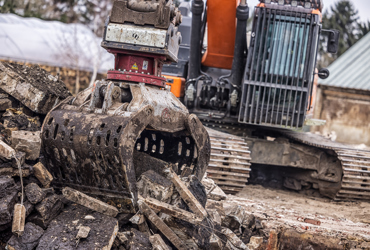 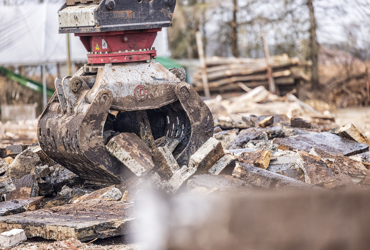 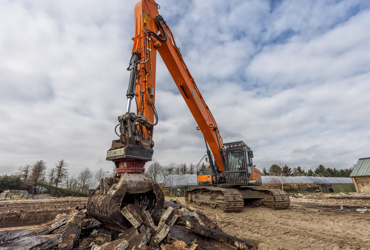