Bas van Duren is 20 years old. He lives in Apeldoorn and has been working as a machinist at Veldhuis Klarenbeek for about four years. The company is engaged in earthworks, demolition work and the laying of paving. After Bas had completed the AOC (Agricultural Training Centre), he was given the opportunity to do an internship at Veldhuis during his further education. He started in the groundwork and has grown to become a machinist. Bas still lives at home and likes to have a beer with friends in his spare time.

How long have you been inseparable?

“This machine was delivered on September 26. It was a 'birthday present' for my 20th birthday. They had decorated it with flags and I got a nice cake with it. That was a gift!”

Why did you choose a Doosan?

“I was allowed to think along about the brand and type of the new machine that I would be working on as a permanent operator. I've always run on a different brand of excavator. The seller of Doosan lives in Klarenbeek and he first gave me a demo machine. That was fine. The Doosan runs much quieter than the other machines I was used to. In addition, it runs pretty fast on the road. I can go 42 km/h on it compared to 32 km/h on the old machine. Now we usually work within a radius of no more than half an hour around our company, near Apeldoorn, but it is still nice if you can drive on a bit.”

What is special about this Doosan?

“Because I was allowed to think about it myself, it has become a very complete machine. Other faucets only have a tiltrotator, but this one has much more: an engcon EC219 swivel/tilt, LED lighting and a chrome exhaust. Furthermore, the machine is equipped with Nokian 650/45 -22.5 tires and solid steel mudguards. A complete GPS system Trimble Earthworks has also been fitted. That GPS is especially nice; you digitally load the drawings into the system and the system then indicates exactly where you need to dig. You can't really think of it that it's on the machine."

What makes this machine different from other machines?

"Good question. Compared to the other machine I've worked with, the Doosan 's motor isn't that loud. And the machine is not nervous. For example, if you have to use the spoon, it goes very smoothly.”

Is it easy to use?

“Yes, it is very easy to use. There's not much fuss about it. The number of buttons is limited and you don't have to do any complicated actions. The operation is self-evident. After the explanation I was able to drive away with it. And if I were to be gone for a day, another driver could join.”

“We have Staad do the first two innings and then we do the maintenance ourselves. We have our own workshop here, where I can carry out maintenance. Only the things we cannot do ourselves, we let Staad do. “

If you could change anything about the machine, what would it be?

“At the moment I am doing the groundwork for a new industrial hall in Apeldoorn. I work there alone and with the GPS. I am the first in our company to work with the GPS. That takes some getting used to; I once had an explanation and then I get another course later. But for now I'll be fine."

Can you live without the Doosan?

What really makes this machine your Doosan?

“Because I was allowed to think along with me, everything I wanted is on it. Beautiful lights and a chrome exhaust. And when I look at it now, I say: yes, that is really my machine.” 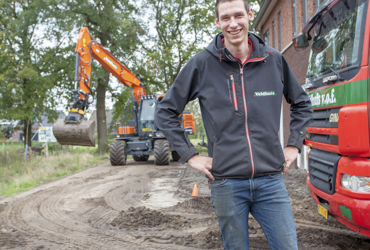 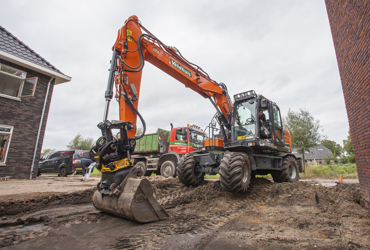 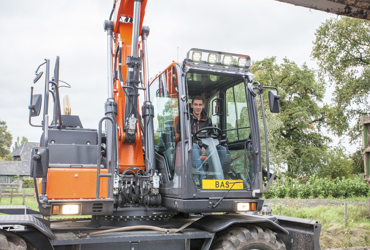 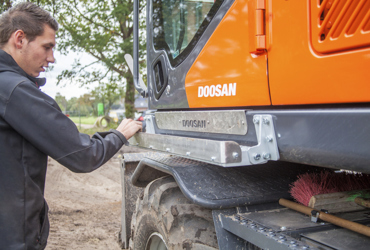 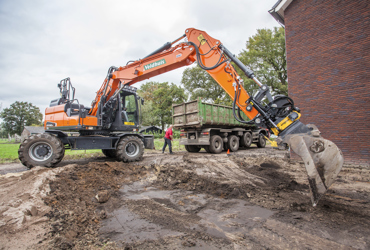