Many years of experience in the expertise as a ripper

On the N3 near Papendrecht, you will find the Doosan DX300LC-5 with driver and entrepreneur Harry van de Rijdt . Harry is 33 years old and has been an entrepreneur since he was 18. He works with 15 to 20 freelancers who act as a flexible shell to make his work a success. Because he is on a different project every week with different wishes, he rents his Doosan excavators from Staad. He talks about his interesting work and what renting means to him.

With his work as a ripper and working many nights, this job is not for everyone. Harry says that many people have an opinion about it. However, we are very impressed. It is a specialist profession that requires a real powerhouse. We remove the complete asphalt layer from the concrete. For the past, I think, thirty years they have laid asphalt layer over asphalt layer here. This just doesn't bode well. In addition, the asphalt waves very much before and after the bridge deck, which we rip so that the waves can be removed in order to repair the concrete there too to prevent any chloride damage. Then we clean up everything we have removed from asphalt. My colleague also calls himself a hand sweeper and can, after which we clean everything and the next team comes to put new asphalt on it, says Harry.

Because my work changes so much in terms of assignments and different works, I have to be flexible in both the machines and myself. I also need a dealer who thinks along and is ready for me. I am very satisfied with you. Your flexibility and a deal is a deal works fine for me. When I call because I need a machine, I am immediately helped. I can build on that. This is now my third excavator that I rent from you and I like it so far, says Harry. 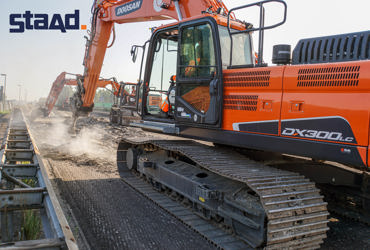 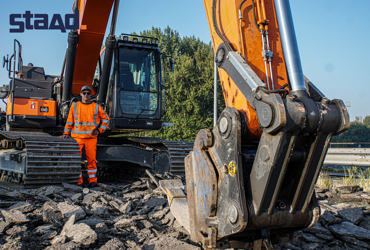 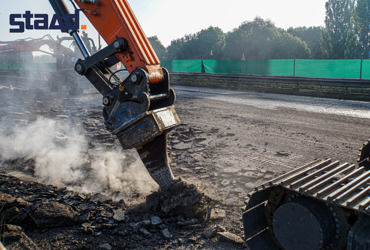 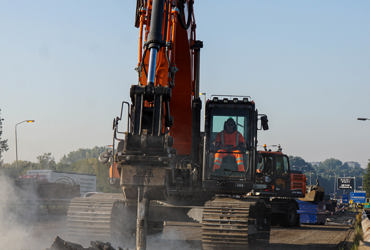 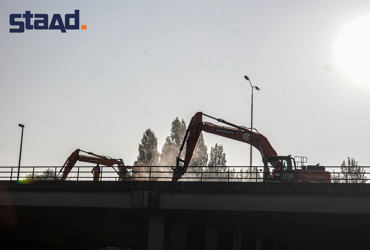 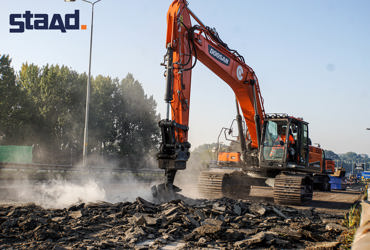 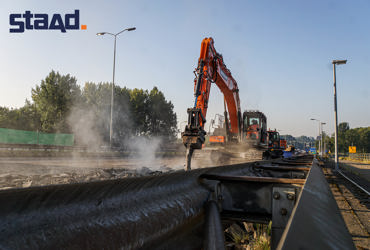 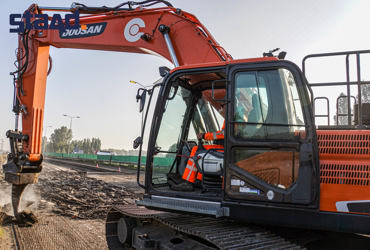 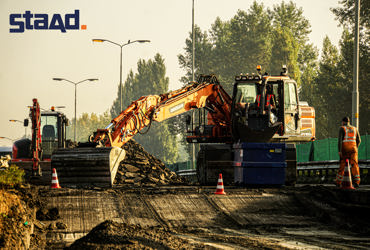 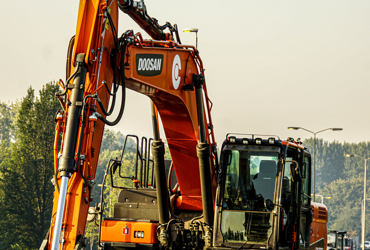