The two brothers Peter and Adrie have been working hard on their company FA for thirty years. Adam, Staad visited the location and spoke to Peter and Adrie who bought a Doosan DX140W-5 from us a while ago. Two brothers who run a company together, that's quite a challenge, you would think. Peter and Adrie say, ''we also grew up together, so working together should also work''. They both laugh and nod at each other in agreement. They mainly work in the Uden area where they have plenty of work. Fortunately, we have nothing to complain about so far, we have been able to work continuously from the beginning of January after the Christmas holidays. We are making long days and maybe an extra day off will be nice soon, says Peter.

Staad is of course also curious about Peter's Doosan and whether he is satisfied with the first operating hours. Peter: ''I have to say that I have little to say. I also did 15,000 hours on my previous excavator and once had a major repair, but that was my own fault. That is why it was not a difficult choice with this purchase, it also had to be a Doosan. If the cooperation with Staad is great and the service is top notch, why should I buy a machine elsewhere? It just has to be good. The only thing I would do differently next time is the toolboxes. They are large but I expected that my shovel could also fit in them and unfortunately that just doesn't fit. Now I make a clamp for it so that I can click it on the toolbox so I'm happy with it''. The machine is almost ready for its first 500 hours service, so you can clearly see that Peter is running the necessary hours on the machine. For us it is always nice to see when two brothers do business together and have a heart for the business. They really radiate this! They will come together with flying colors in the coming years, Staad has every confidence in that. Brothers Adam thank you for allowing Staad to come by and wish you a lot of safe Doosan operating hours! 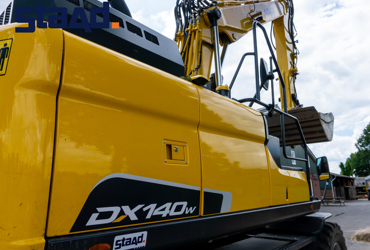 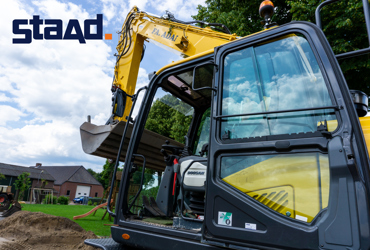 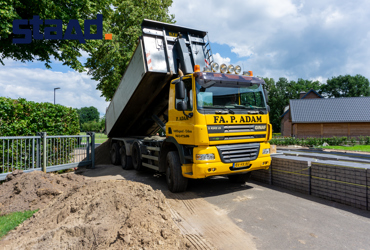 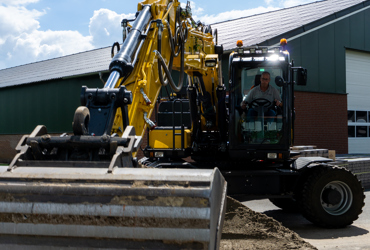 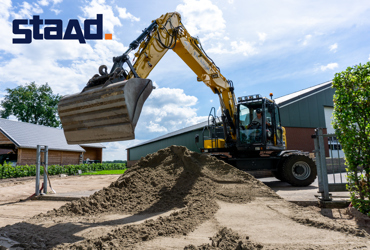 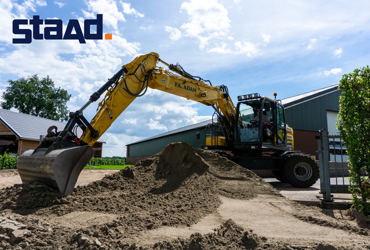 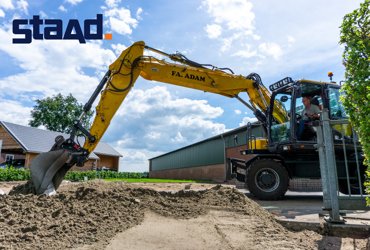 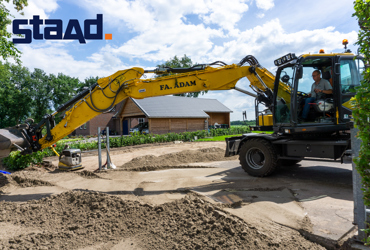 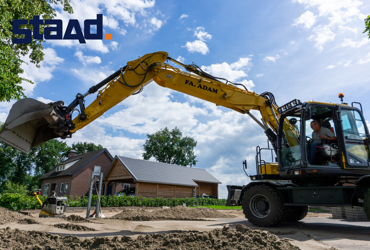 Contact us. We are happy to tell you more about it!